A Guide to the County of Worcestershire

One of the most beautiful counties in the Heart of England....
(more)

The National Trust in Worcestershire

The National Trust in Worcestershire
(more)

What's On at a Theatre Near You.

What's On at a theatre near you.
(more)

Walk to the Worcestershire Beacon - As featured on BBC Midlands Today.
(more) 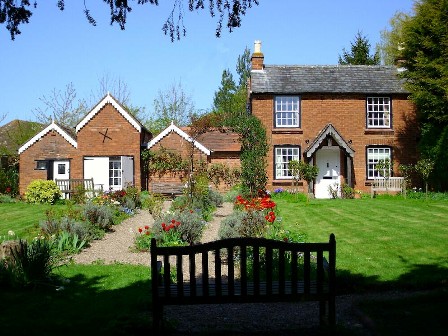 At Broadheath, just outside the city of Worcester lies the simple cottage that in 1857 saw the birth of one of England's greatest composers, Edward Elgar. Elgar's father was the organist for Worcester Cathedral, and from an early age he was fascinated with making music.

Edward taught himself composition, and began a brilliant career of teaching, conducting, and most of all, composing. Some of his compositions are reckoned among England's great cultural traditions, such as Land of Hope and Glory, Enigma Variations, and The Dream of Geronitus. Most familiar of all is Pomp and Circumstance.

In the Edward Elgar Birthplace Museum the cottage is laid out as it would have been during Elgar's life, with the composer's desk, collections of family mementoes, photos, and personal memorabilia scattered throughout the rooms.

A new Elgar Centre has been built beside the cottage, and this now hosts regular recitals, lectures, and other special events, as well as acting as an exhibition area for memorabilia associated with the life of Elgar.